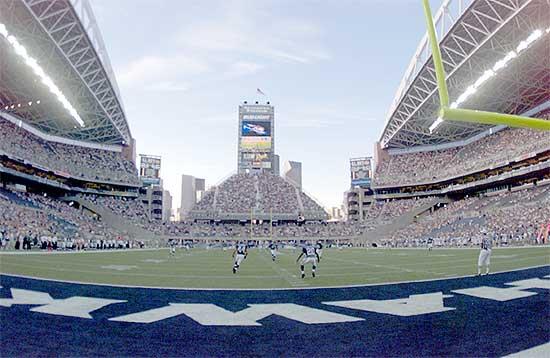 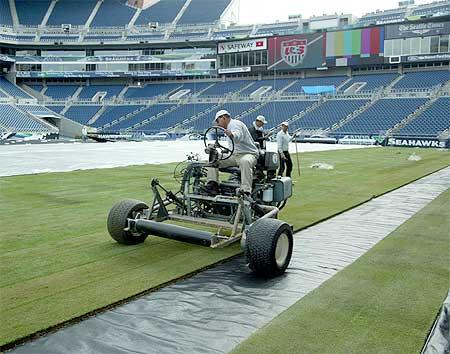 January 2003, with the professional soccer season coming  soon  in  March,  the  existing  permanent synthetic “Field Turf” will need to be covered with real   grass   (rolled   sod).   Of  major  concern,   is protecting the “Field Turf” from damage and also preventing the clean “Field Turf” sands from being contaminated by grass soils.

After examining many sheeting and geotextile samples, the field director concluded the need for a reusable primary bottom layer and an additional Geotextile layer to further protect the primary layer.

This combination was successfully tested under real life condition using players with cleated soccer shoes to assure the sod had little or no slippage between the geosynthetic layers.

March 2003.   Initial field reports were favorable after the first US Mens’s vs. Venezuela on the 29th. Although no slippage was detected, a minor loss of ball bounce was reported due to the fresh sod.