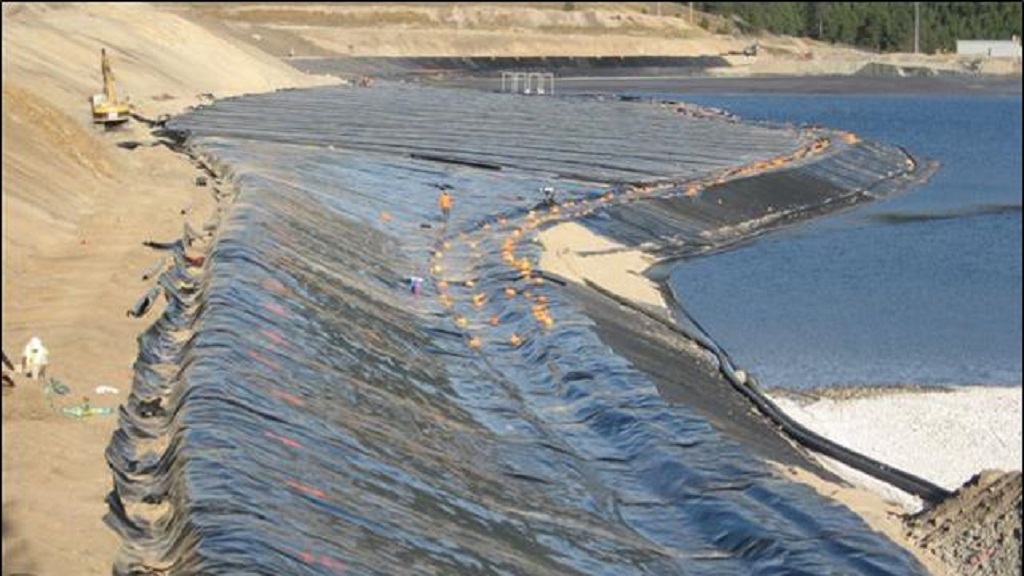 PROBLEM: A mining company wanted to increase the capacity of their tailings leachate pond. They decided to raise the dike of their current tailings pond by 25 feet around the entire pond perimeter, which would give them additional capacity.

CONSTRUCTION DETAILS: The area around the in place anchor trench was prepared with select soil to provide a base for the new liner. The addition to the dike was constructed at the same angle as the lower slope of the already lined pond. A new anchor trench was dug at the top of the raised dike. The liner panels were deployed down hill overlapping the old liner and secured in the new anchor trench. The liner was allowed to settle in over several days to avoid bridging of the new to old liner. The new liner was trimmed in a straight line and the area where the seam was to be located was thoroughly cleaned with soap and water. The new (top) liner was extrusion welded to the old (lower) liner. The entire area above the water surface was inspected for holes and irregularities, and the project was completed.